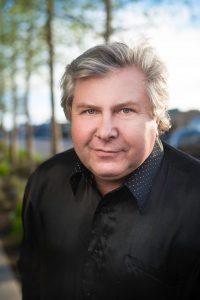 Sergey Vashchenko is an independent musician, based in Texas. He is the Executive Director of a non-profit corporation, called Musical Connections. Since 1971 he has studied in Kremenchug Music School No.6 on accordion and balalaika. He is being choosing to attend Poltava Musical College named by composer N. Lysenko to finish with bachelor’s Degree. In 1980 he starts study in Modest Mussorgsky Ural Conservatory (University) and finish on 1985 with master’s Degree as a Concert player, Pedagogue and Orchestral Conductions. During this time, he is running several musical groups where his job included performances like accompanist on contrabass, bayan and percussions and as balalaika soloist, among others.

In his current role as President of Musical Connections, Vashchenko performs throughout Texas and other states in various concert halls with symphony orchestras and programs with other musicians, singers and dancers. He represents the folk music of his homeland and introduces this genre of music to enthusiastic audiences. Vashchenko has toured and promoted his music throughout Texas, as well as New Orleans, Pennsylvania, Arizona, Spain, Germany, France. He produced six CDs which included the American Grammy Award contender in category 74 – World Music, “Somewhere My Love – Russian Gems” (2003) and “Anastasia. Russian Gold” (2008). He created concert series of Russian Folk Music, Spanish Flamenco, Argentine Tango Nuevo, Jewish Horas, popular classical music and songs of Europe. This type of music appeals to a large audience, especially in musical educated communities such as Austin. These musicians add to the rich musical fabric of Texas.

Mr. Vashchenko has successfully managed to be a touring musician throughout Europe and America for over 40 years. In Texas, he has performed in concert halls, such as Courtyard Theater, One World Theatre, Myerson Centre, university concert halls, where he promoted and performed to adult and young audiences. Vashchenko does all the bookings and management for the corporation while successfully seeking sponsorships from local businesses and organizations for the different projects. Vashchenko preserves a supportive client base of over 1000 individuals and corporations. The enthusiastic responses from his audiences continues the success of his musical groups. He has been featured in positive reviews and interviews on local, national and international newspapers, radio, TV with famous musicians like Van Cliburn, Vladimir Viardo, James Dick, Jay Leno, Bill Tillman, Eric Johnson, Smoky Montgomery, Arthur Brown.  His music is featured in the introduction of the Public Broadcasting Television program for teaching Russian Language to the public.

Mr. Vashchenko creation of Master`s Music Concert Series is reaching out to communities not traditionally part of concert audiences. By doing many educational schools program, he enriches the entire family through the children and young people. Many non-English speaking parents rely on their children as a link to the world beyond their neighborhood.  Mr. Vashchenko speaks four languages: English, Spanish, Russian and Ukrainian.

Sergey Vashchenko can be reached at: balalaika@sbcglobal.net 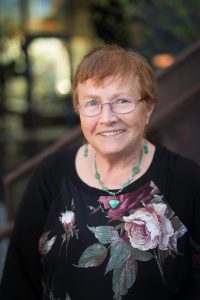 Ludmila has worked hard to bring Austin audiences a variety of local, national and international artists.  The artists, performing in many concert programs for the city of Austin, were all classically trained artists who also brought popular and folk heritage to their works.  During the time period from 2000 through 2018, Ludmila organized 44 concerts, poetry, literature, and musical presentations for the city of Austin and the Russian speaking community.  All concerts and presentations have been very well attended and have been a great success.

She can be reached at lvoskov@austin.rr.com 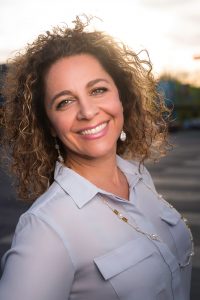 Naira Winbigler was born in Echmiadzin, Armenia — a City of Churches. At the age of four, she decided to become a cellist and got her first cello at age six.  At eight years old Naira moved to Odessa, Ukraine, and began playing cello at a music school. During that time Naira realized she had an appreciation for classical music, especially Cello compositions.

Winbigler graduated with a Bachelors degree from Dunkevich School of Music in Odessa. In 1997 she moved to Austin, Texas and created a beautiful family. During that proud time, she obtained a second Bachelors Degree, but her love of classics never wavered.  She spread her knowledge and love for music by teaching private lessons and schools.

Winbigler met Sergey Vashchenko , the CEO, and Founder, of Musical Connections in 2013 and fell in love with its mission and goals. From that time she has become deeply involved in the beautiful organization and wishes to introduce it to every generation.  Musical Connections offers a unique opportunity for everyone to experience every style of music and enjoy the very best classical performers from Europe. 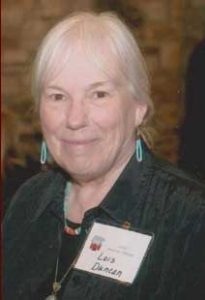 Lois Duncan is serving currently as adviser to Musical Connections.  She has spent her life serving others; working to build bridges that connect all people, to share with all, the traditions we hold in common; and, to use those traditions as bridges to the future.

Based in the private non-profit sector, she has been involved with arts advocacy at the local, state and national level for several decades.  Lois, a volunteer adviser since 2003, now joins the staff.