The concert presented by the Russian Speakers Society will feature the outstanding Russian-born and internationally recognized talents of Tamara Volskaya (domra – Russian mandolin), and Anatoliy Trofimov (bayan – Russian accordion). Known as the “Russian Duo,” they are hailed as one of the most electrifying musical duos to be found anywhere in the world today. Tamara Volskaya; “the astonishing domra player, a wizard of the strings…” (London, Classical Guitar Magazine, 2000) is considered to be one of the leading contemporary performers on the domra.

In the program artists will present arrangements of folk songs from Russia and Eastern Europe, transcriptions of popular tunes, classical and modern music. Each piece in their repertoire is professionally arranged by both artists to showcase their instruments and versatility. They have toured the United States, Japan, Europe, Russia, Canada and Australia they also gave a highly acclaimed concert performance in Carnegie Hall. “..the husband-and-wife team of Tamara Volskaya on domra and Anatoliy Trofimov on bayan, exhibited consummate artistry and amazing virtuosity in what they performed. “Eagle Tribune”, USA.

Also performing during this same concert will be the Flying Balalaika Brothers, a colorful and lively local Austin band who performs on traditional folk instruments. Upon their arrival to the United States they strived to meld traditional Russian roots with a variety of international and contemporary American styles. The concert will appeal to lovers of music, and is for all ages. 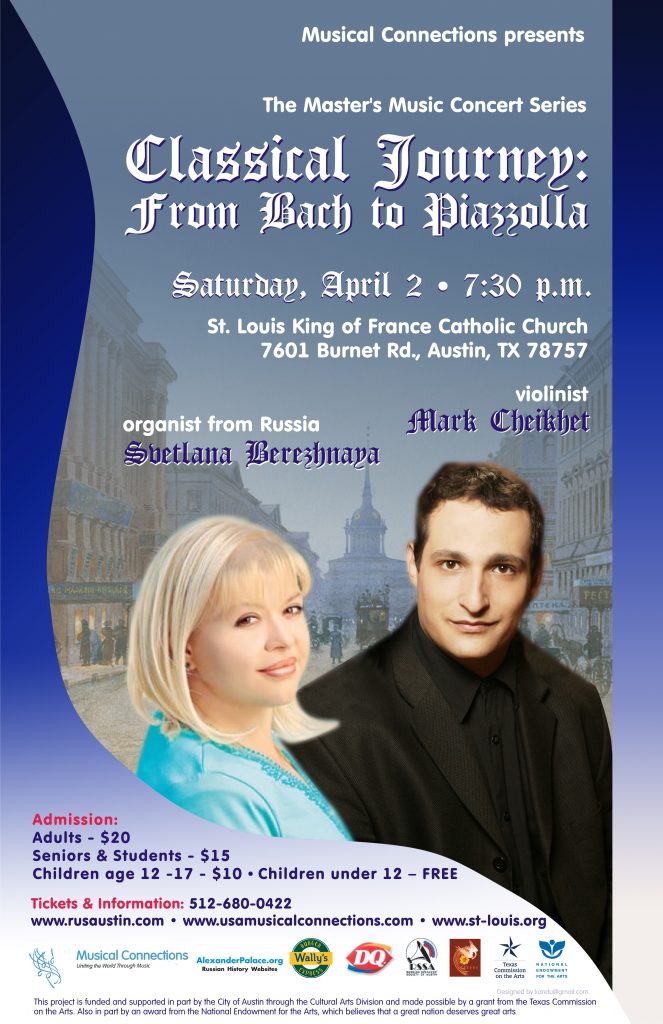 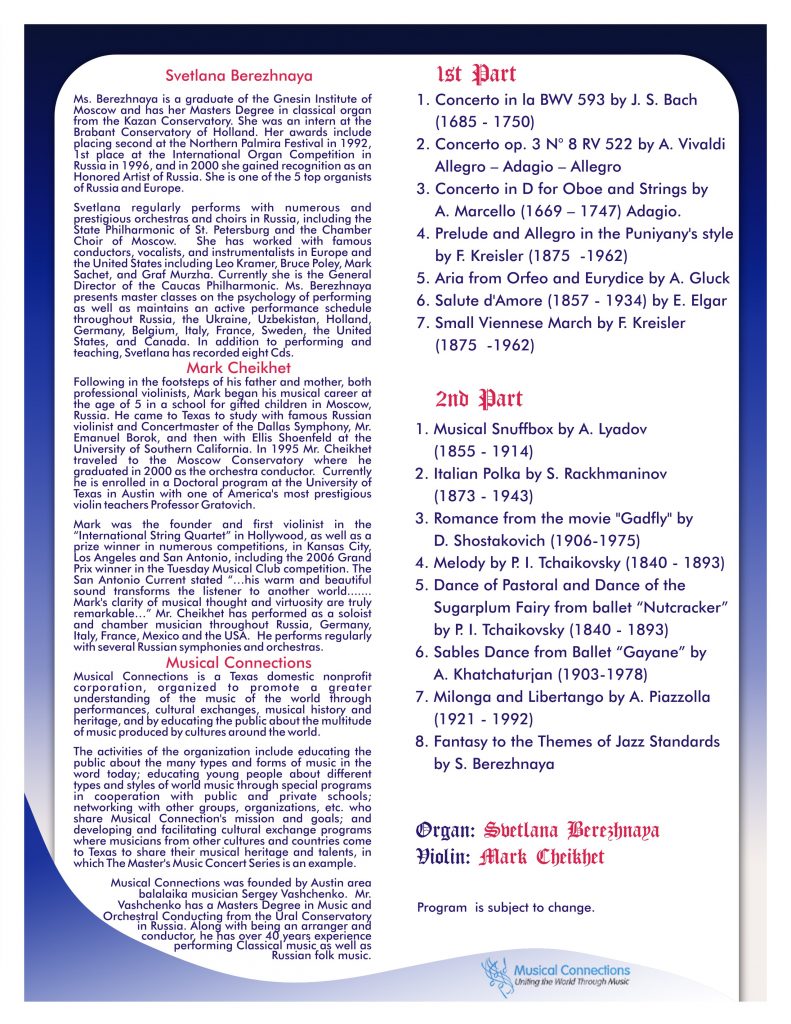