The Russian Speakers Society presents a concert featuring two outstanding groups – The Gypsies and the Flying Balalaika Brothers. This project will ensure the survival and connections of Gypsy music with Russian, Ukrainian, Bulgarian, Romanian, Latino, Balkan, and Middle Eastern music, played on traditional instruments, creating the sounds that were prevalent when the classical composers produced their work.

The City of Austin, through the Cultural Arts Division, as well as a grant from the Texas Commission on the Arts, and an award from the National Endowment for the Arts which believes that a great nation deserves great art have helped make this event possible.

Flying Balalaika Brothers made their debut in 1995. Originally comprised of three native Russians, these virtuoso musicians combine their classical training with folk traditions. Having established themselves as elite musicians at small festivals (Gilroy Festival, Sawdust Festival, Valencia Street Market, Pecan Street Festival, Music Under the Stars, Kerrville Folk Festival), they have been invited to perform in concert halls around the nation. 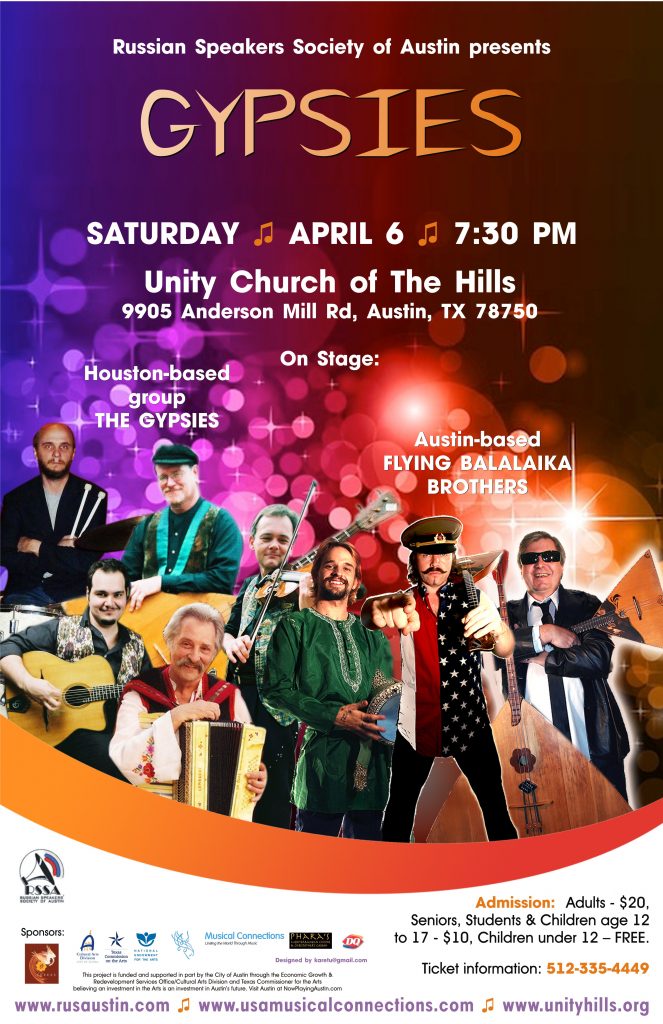 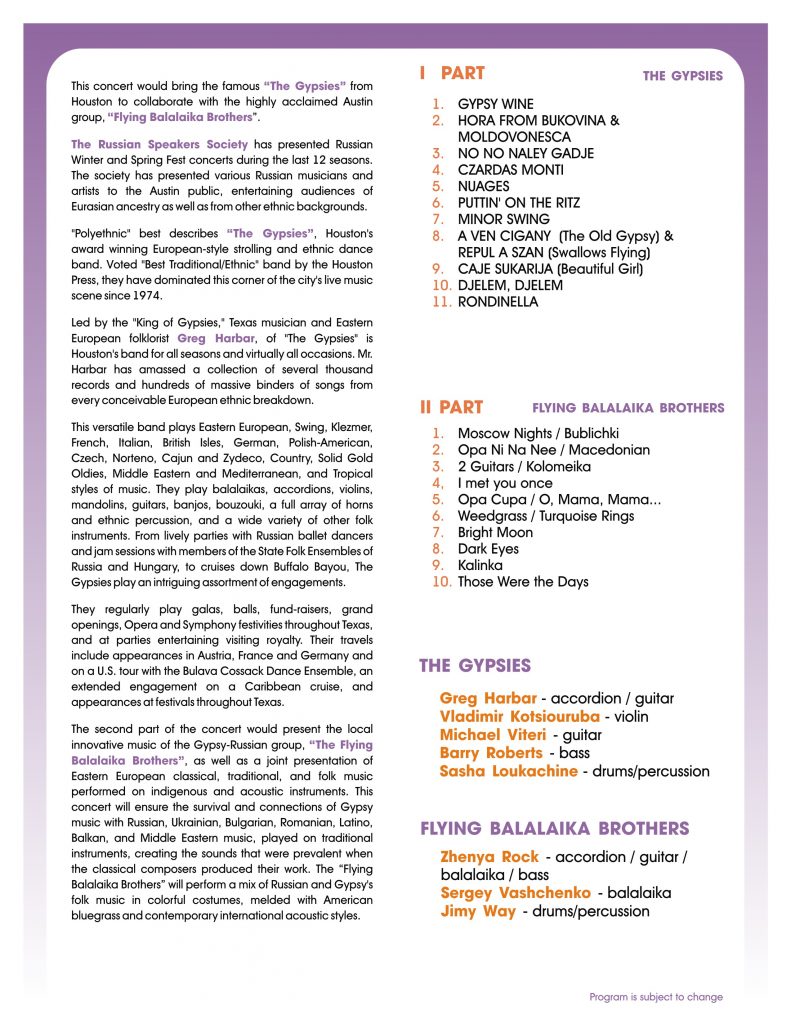