Musical Connections is pleased to presents a concert of traditional Russian, Ukrainian, Romanian and Bulgarian folk music. This concert has been organized to help promote and preserve Eastern European folk music culture.

Alexander Eppler, cimbalom, is an eclectic musician of many talents. Trained in his native Bulgaria on the kaval, a type of wooden flute, Mr. Eppler is also a conductor, composer, and instrument maker. He was trained by the late Romanian cimbalom virtuoso, Toni Iordache. Mr. Eppler has made numerous symphony performances. His recordings are on the Rounder label.

Miamon Miller, violin, has almost forty years of experience as a professional musician and has made numerous film and commercial sound tracks. Mr. Miller has degrees in composition and ethnomusicology from UCLA and earned a Fulbright scholarship to study folk music in Romania. Mr. Miller is associated with several ensembles in California and is both a soloist and composer.

Vladimir Ivanov, bayan, is a recent émigré from Russia and an accomplished bayan player. He was the musical director of several companies in his native Siberia. He has been featured on numerous radio and television recordings in Russia and has participated in musical concerts in Spain and the Goodwill Games in Seattle.
Anatoliy Yegorov, bayan, a native of Russia, is an educator and soloist. He has lead national concert tours throughout Russia, and has been the featured soloist in performances throughout Texas.

Sergey Vashchenko, balalaika, is a two time Grammy contending musician with his group “Kalinka”. A native of the Ukraine, Mr. Vashchenko has made a name for himself in his current home of Austin, Texas, and has been dubbed, “The Jimmy Hendriks of the balalaika”. 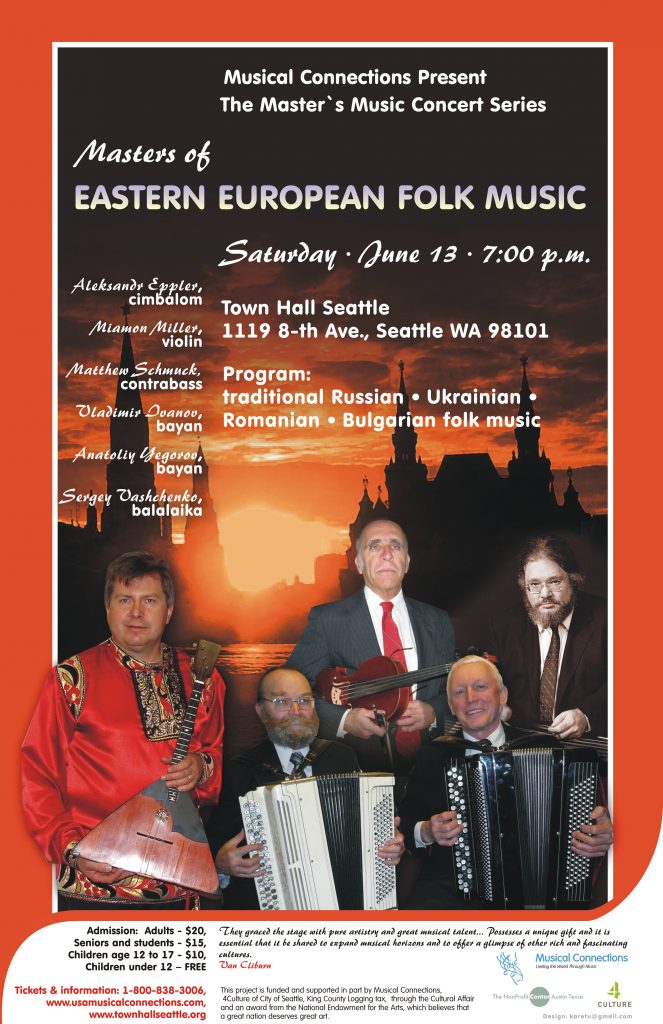 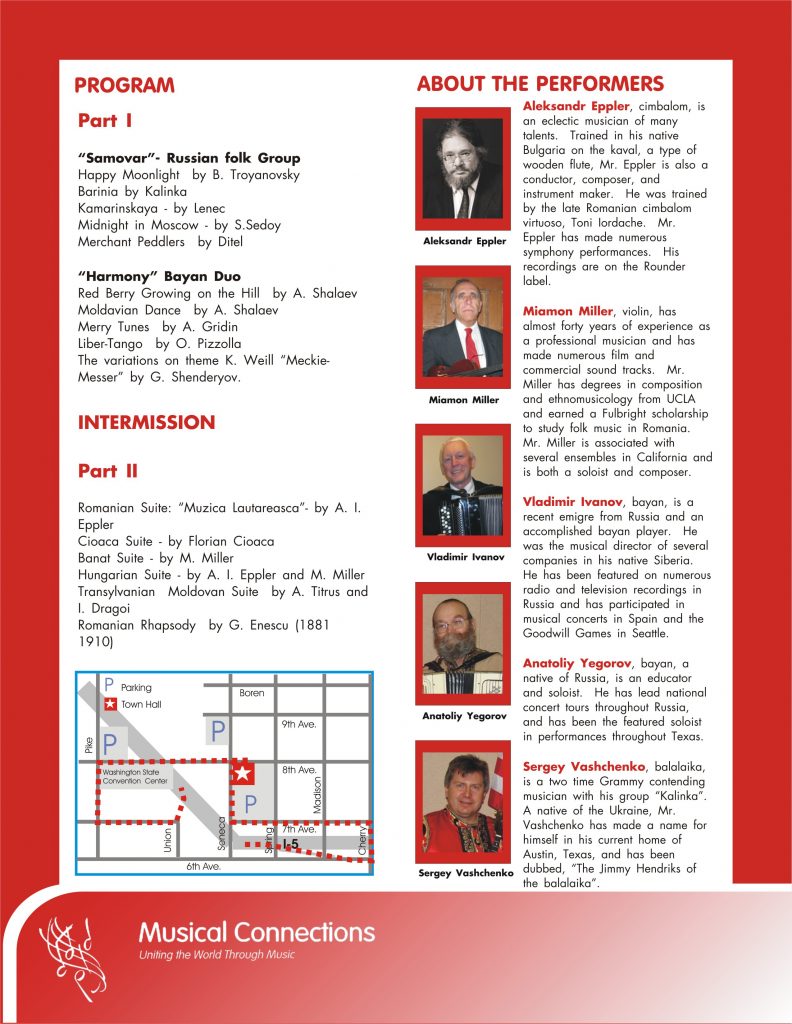