Recognized as one of the truly important pianists of his generation, internationally renowned concert pianist and Steinway artist James Dick brings keyboard sonorities of captivation, opulence and brilliance to performances that radiate intellectual insight and emotional authenticity. Raised in Hutchinson, Kansas, his talent moved him from the farm to the University of Texas.

Music Building and out to the world’s great concert halls. He received a scholarship to the University of Texas in Austin, studying with Dalies Frantz. Later, he was a Fulbright Scholar and studied with Sir Clifford Curzon in England. Dick’s early triumphs as a major prizewinner in the Tchaikovsky, Busoni and Leventritt International Competitions were a mere prelude to an eminent career highlighted by acclaimed recitals and concerto performances in the world’s premier concert halls, including New York’s Carnegie Hall, Alice Tully Hall, Town Hall and 92nd Street “Y”; London’s Queen Elizabeth Hall, Wigmore Hall and Purcell Room; Le Theatre du Chatelet and Salle Gaveau in Paris; the Academy of Music in Philadelphia; the Kennedy Center and the National Gallery of Art in Washington D.C.; and Orchestra Hall in Chicago. 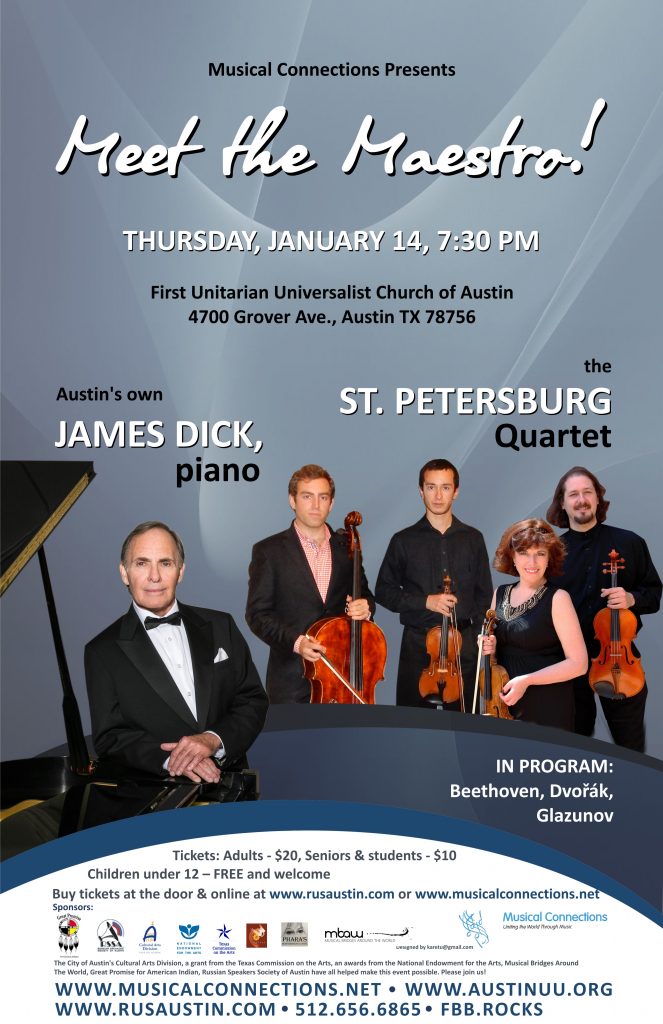