Nina McIntire from St. Petersburg, Russia completed her degree in Master of the Fine Arts at the Tchaikovsky Conservatory in Moscow. Nina has recently been very active on the international music scene as a pianist, presenting her latest project “Ivory Fantasy” – a fascinating combination of classical music and her own compositions arranged in a revolutionary modern style, integrating a variety of musical genres such as ragtime, jazz, pop, and blues. The popularity of this project is already reflected in the extremely successful concerts in Finland, Russia, Germany and the United States. 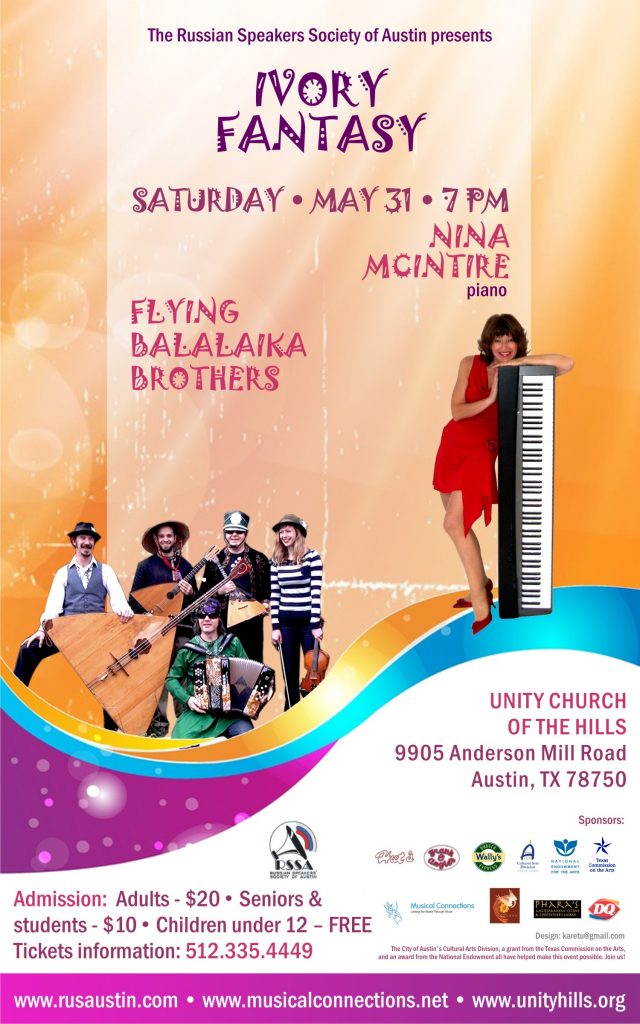 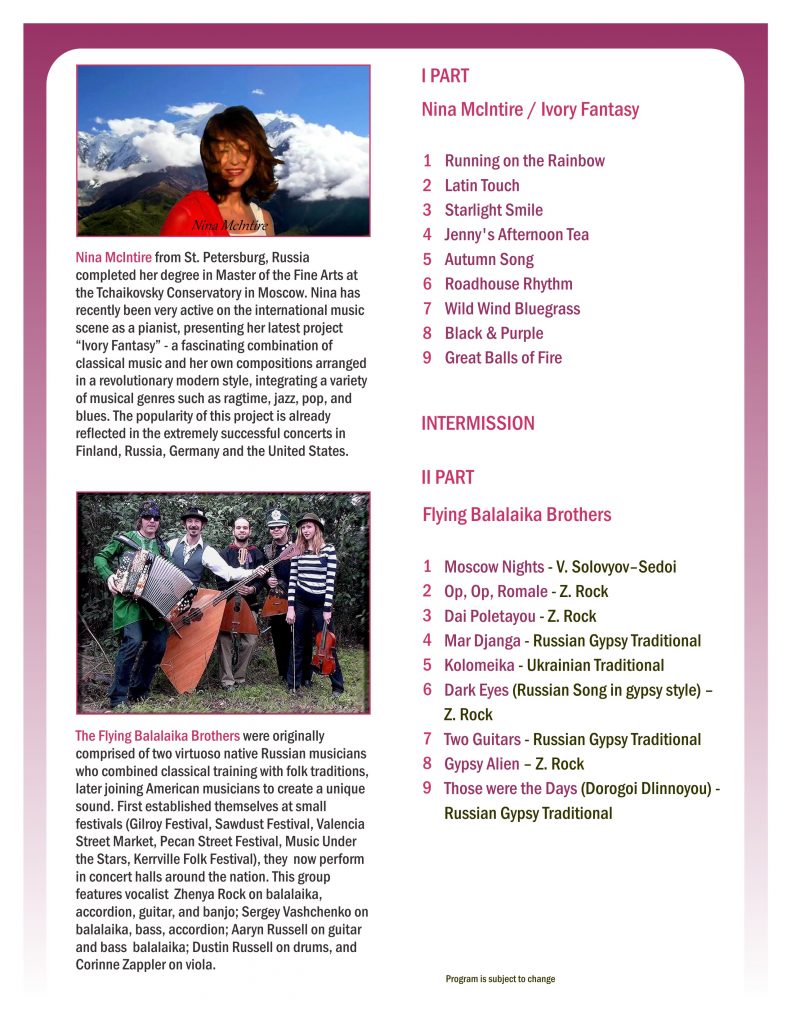