The Via Romen ensemble, based in Charlotte, North Carolina, presents music and dances which are rooted in the Russian-Romany (Gypsy) tradition. Their music and dance repertoire originates in Eastern and Western Europe and is enriched by jazz, Jewish, and Latino styles. Via Romen enchants audiences with intricate improvisations, catchy tunes, and flashy footwork. Despite being rooted in a Russian-Romani tradition, their music is modern, innovative, and fresh. Via Romen will perform as a Trio of virtuoso musicians – Vadim Kolpakov with violinist Arcadiy Gips and fabulous dancer Marina Shanefelter. Two of the band members, Vadim and Arkadiy, were part of the Madonnas Sticky & Sweet 2008/2009 tour as part of the Kolpakov Trio. 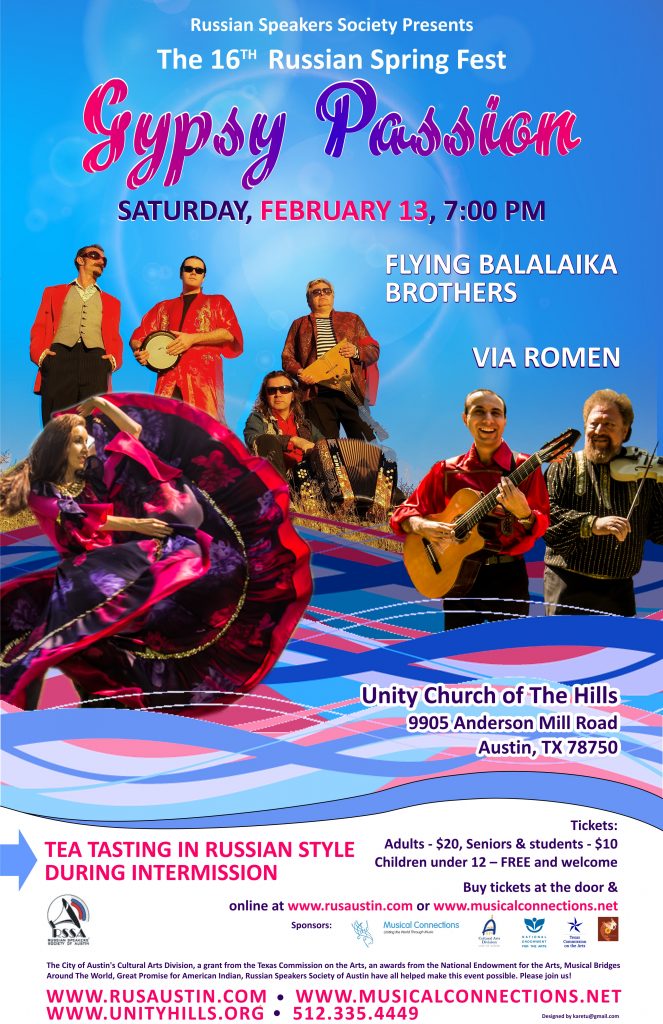