New Film “Francofnia” by A. Sokurov (Russian Ark) will be shown in Houston on 22-24 April. The music for the film was written by Murat Kabardokov, who will perform in a concert with the Klever quartet. The concert program will include works by the composer himself. We invite you to the discussion with the performers after the show. This year the group decided to participate several chamber music competitions. As a part of their preparation for the competitions in April of 2016 Klever Quartet is invited to the USA to be part of the Leopold Auer Society project “Music for World Peace”.
Both of these groups perform out of a love for traditional music and classical elegance. Join us for an innovative and exciting performance. 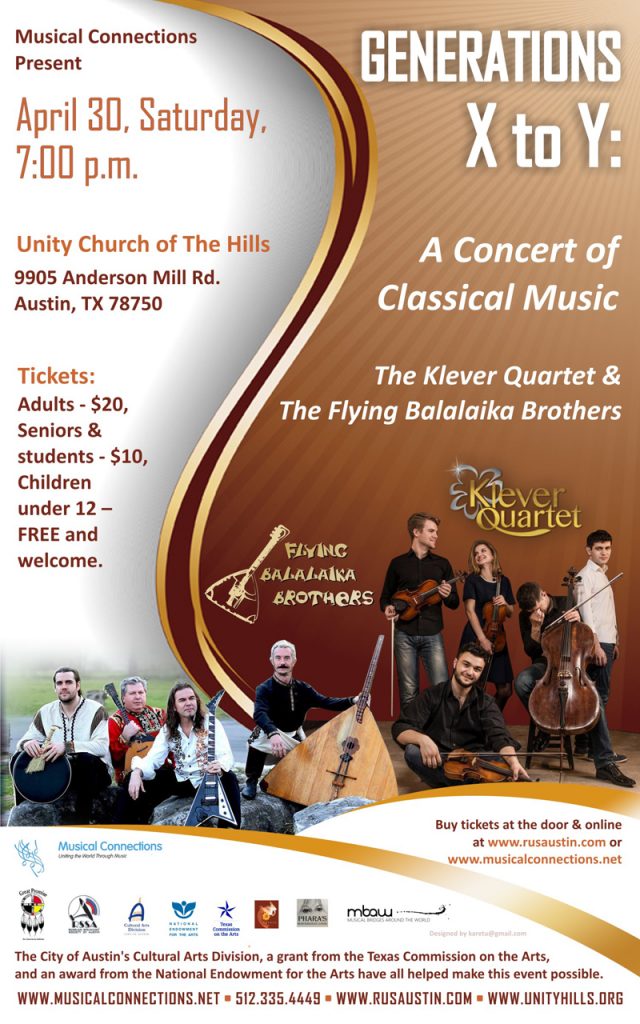